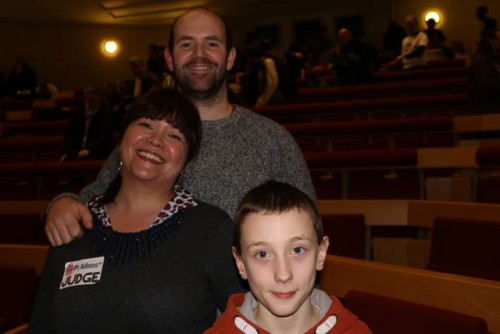 Philip Organ is a regular attendee at the Cambridge Raspberry Jams. He’s ten now; we first met him back when he was seven, when he sent us a video of a game he’d written for his Pi . Philip (small) with me and Eben (large) at the last Raspberry Jam Philip’s Pi shenanigans were impressive then, but he’s come on leaps and bounds in three years