You might remember that Eben has been taking part in Movember this month, giving over his top lip to charity for thirty days. He’s raising money for men’s mental health, in memory of our friend Oggie , who died in 2007. He elected for the Magnum PI look (geddit?), but sadly, as the month has progressed, we have come to realise that Tom Selleck’s ability to grow hair on the top of his head as well helped him to avoid looking like an angry square-basher and gave him a certain Hawaiian je ne sais quoi . 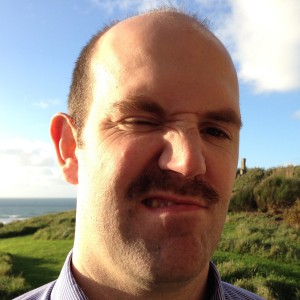