Last week we discovered an outstanding open source project which worked out of the box on the Raspberry Pi.  8086tiny is a free PC XT-compatible virtual machine/emulator written in C. DeluxePaint II in two whole colours. (“Graphics card?! You were lucky…” etc.) It was created by Adrian Cable who won IOCCC last year with 4043.  We caught up with Adrian last week and this is what he had to say: “The personal computer as we know it today began in the early 80s with the release of the IBM PC – an incredibly complex machine for its time, and the result of hundreds of thousands of man-hours of development time, at a cost of hundreds of millions of dollars 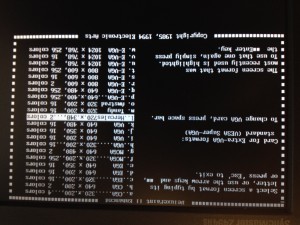